I've been trying to write this post for over a year, but each time I get started we get swept into it again. I have had people ask how I got Jack started in studying this topic and how I introduced it. Honestly I didn't do a thing. He got this started all on his own. Once he was going I tried to answer his questions and provide materials for his consumption. How I think it got started?

From a very young age Jack was obsessed with Albert Einstein. He wanted to read books about Einstein but at 5 years old we had a hard time finding a book he could read on his own, with enough information to satisfy his interest. I ran across the manga biography series Great Figures in History. We bought the Einstein and he wanted more. So I bought the Gandhi book, followed by the Mandela book, then Mother Theresa. He couldn't get enough of them. I think these are what planted the seed. It took years for the seed to start growing but eventually he was asking more and more questions.

When he was nine he wanted to learn more about Gandhi and I tried to find more for his age, which was hard. They were either to simple or too adult.  Eventually we let him watch the movie, with us of course.  He had so many questions. We tried to answer them as best we could and researched what we couldn't.  During our conversation we brought up Mandela and Martin Luther King Jr.  He had read the Mandela book and wanted to know more about him. So we research more. This was about the time that the movie, A Long Walk to Freedom came out. My husband and I watched it first, and decided to let him watch it. It really fanned the flame. I remember he watched it on a Friday before our homeschool group park day. We were over an hour late, because he had so many questions and the questions didn't stop for days.

Through our research we also learned of the documentary, A Force More Powerful.  I would highly recommend this to anyone. It is a wonderful look at non violent protests throughout history and their effect. I also liked that it looked at some of the well known protest through the lives of participants who were not as well known as say Mandela or MLK jr.

During our research, it was mentioned more than once that Gandhi was a big influence on Martin Luther King Jr. and our civil rights movement in America.  We started watching and reading what was available. There is a great episode of American Experience about the Montgomery Bus boycott.

Just recently we were able to attend an event at our local university and the main speaker had interviewed Martin Luther King Jr., marched at Selma and attended his speech at the March on Washington. 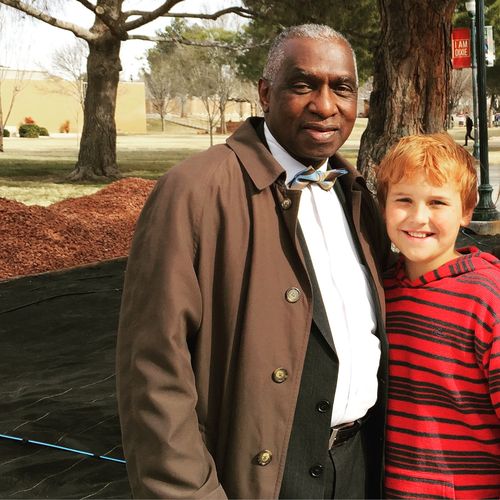 This has been one of my favorite rabbit trails in our homeschooling experience and a perfect example of how I want all of our homeschool experience to be.  I can't wait to see what else we will explore on this subject and where it takes us and especially where is takes Jack.

I absolutely love this! It's been a long while, and I know there is some violence ,but when I was in High School my teacher let us watch the movie about Steve Biko. It had such an impact on me. It might be something he would be into in the future:). Thanks for offering such wonderful inspiration.

Thanks for reminding me of that Carrie. I watched it in high school also. I think I will watch again and see if we can show him. There were certain parts of Gandhi and Selma that I was worried about, but he was okay. I forgot to mention we also watched To Kill a Mockingbird. Another that is on our list is Rabbit Proof Fence.

The comments to this entry are closed.

All written material and original photographs on this site copyright 2006-2016 Joey Gibson, owner and blog author. All rights reserved. Please do not reproduce without permission.

This is a Flickr badge showing public photos and videos from oingo2005. Make your own badge here.

Get updates on my activity. Follow me on my Profile.